U.S. Department of state is kicking off a set of online series called Hangouts at State to bring people across the nation’s borders to discuss with U.S. Government leaders their pressing policy issues.
As a first event in this series, U.S. secretary of state John Kerry is participating in a live conversation via Google+ hangout on April 19th 2013 with americans across the country. 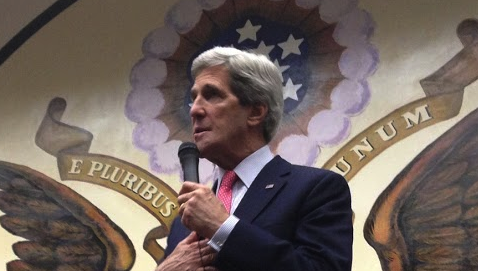 This event will be moderated by NBC news chief and foreign affairs correspondent Andrea Mitchell.

Then please prepare your question and head on to state department’s Google+ page on the specified date to discuss it directly with John Kerry.

How to join the hangout?

RSVP via this event

Of-course there will be more hangouts in the future but this one will be of more significance since John Kerry himself is going to address your questions.