One of the pressing question we often get asked as well as we thought of hearing from the community is about maximum number of users that will be ideal to participate in a Google+ hangout.

As of this writing Google+ hangout supports a maximum of 10 users (i.e User started the hangout + 9 participants). Hangouts on Air is a new feature that allows more than 10 users is coming soon. It’s being released in phases with currently only available to people with large followers in Google+ (soon this feature will be soon enabled to all G+ users) 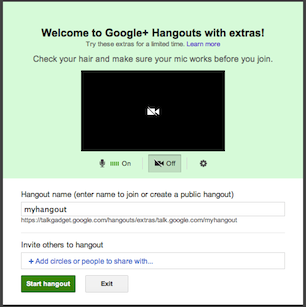 People have various opinion about participant count. Some believe current limit of 10 users is better saying it would be hard to have a conversation with large number of people. Others disagree saying 10 is a very low number and limits the potential of the hangout.

So we thought of creating a poll to hear directly from hangout users.

What would be ideal number of participants in Google+ hangouts?