It has been 2 years since Google announced the acquisition of Motorola and they haven’t released anything big since then. Rumors are running wild that Motorola under Google is working on something big. To everyone’s surprise, on July 3rd 2013 (day before Independence day in the US) motorola teased with a new Ad

Moto X. Coming Soon. Designed by You. Assembled in the USA.

And finally now they have invited press for an Moto X event on August 1st 2013 (Tomorrow) in New York. 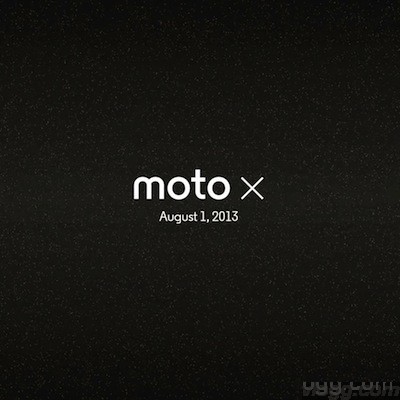 Some rumors suggest that the Moto X event tomorrow might be something similar to the first iPhone launch with innovative and unique features. Other rumors suggest the always listening mode (similar to OK Google Now announced in Google I/O 2013), Color customizations, Name Engraving, Latest Android 4.3 version, Contextual sensors, New Camera sensors, Better pricing that could target wide variety of market, availability on all US carriers, etc. Again, we want to remind you that all these are rumors and we’ve wait until tomorrow to know the actual details.

The Moto X device is rumored to be available for sale somewhere in August or the latest by October 2013.

Let’s wait and see what Motorola and Google announces tomorrow.