In this latest statistics about most active usage of social networks via mobile platforms, it was found that Google+ was most active through the Android platform.

This survey was conducted with this Question Which of the following operating systems run on your mobile phones? with global internet users with mobile phones and in the age group of 16 to 64 years. 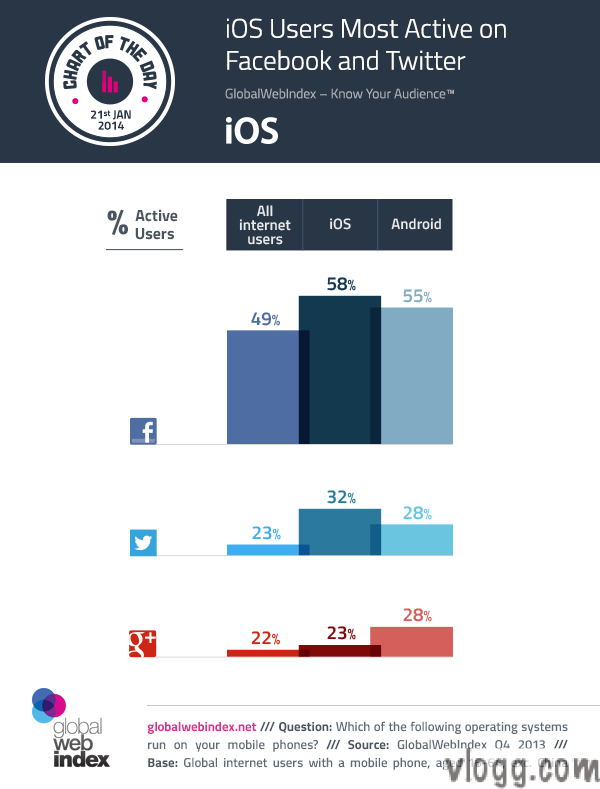 Google+ first releases new features on Android while Facebook/Twitter do similar on iOS platform. Is this trend happening due to the richness of apps and preferences given by social networks to these platforms or something else?

What do you use? Share your thoughts through comments below.