In this latest report released by GlobalWebIndex, Facebook mobile app continues to dominate the list with 69% usage while YouTube & Google+ Mobile apps maintain 2nd and 3rd positions with 59% and 37% usage respectively in Q4 2013. 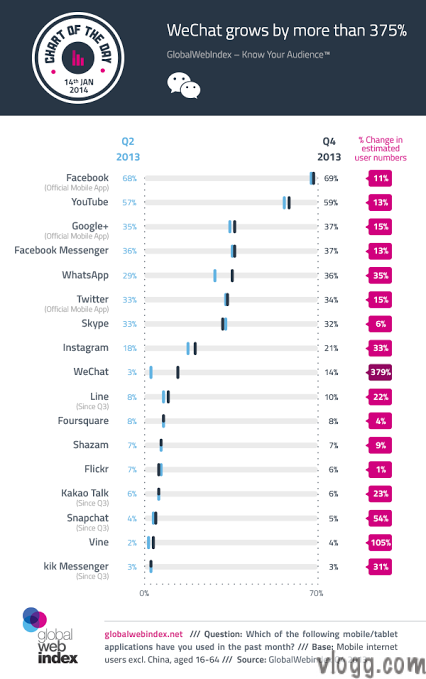 The above infographic was generated by GlobalWebIndex through a survey result for the question: Which of the following mobile/tablet applications have you used in the past month? with users from around the world (excluding China) and among ages between 16 and 64 years.

Do you use these social networking mobile apps? What do you think about this report? Please share your thoughts through Google+ comments below, Enjoy!