Google Doodle today in the U.S. honors Olympic Charter (more below) on the eve of Sochi Olympics 2014.

Olympic Charter is a set of rules & guidelines established by International Olympic Committee to those organizing the Olympic Games and those govern the Olympic Movement (source: Wikipedia).

Here is the latest Olympic Charter effective 9th September 2013 and is available online from the International Olympic Committee. 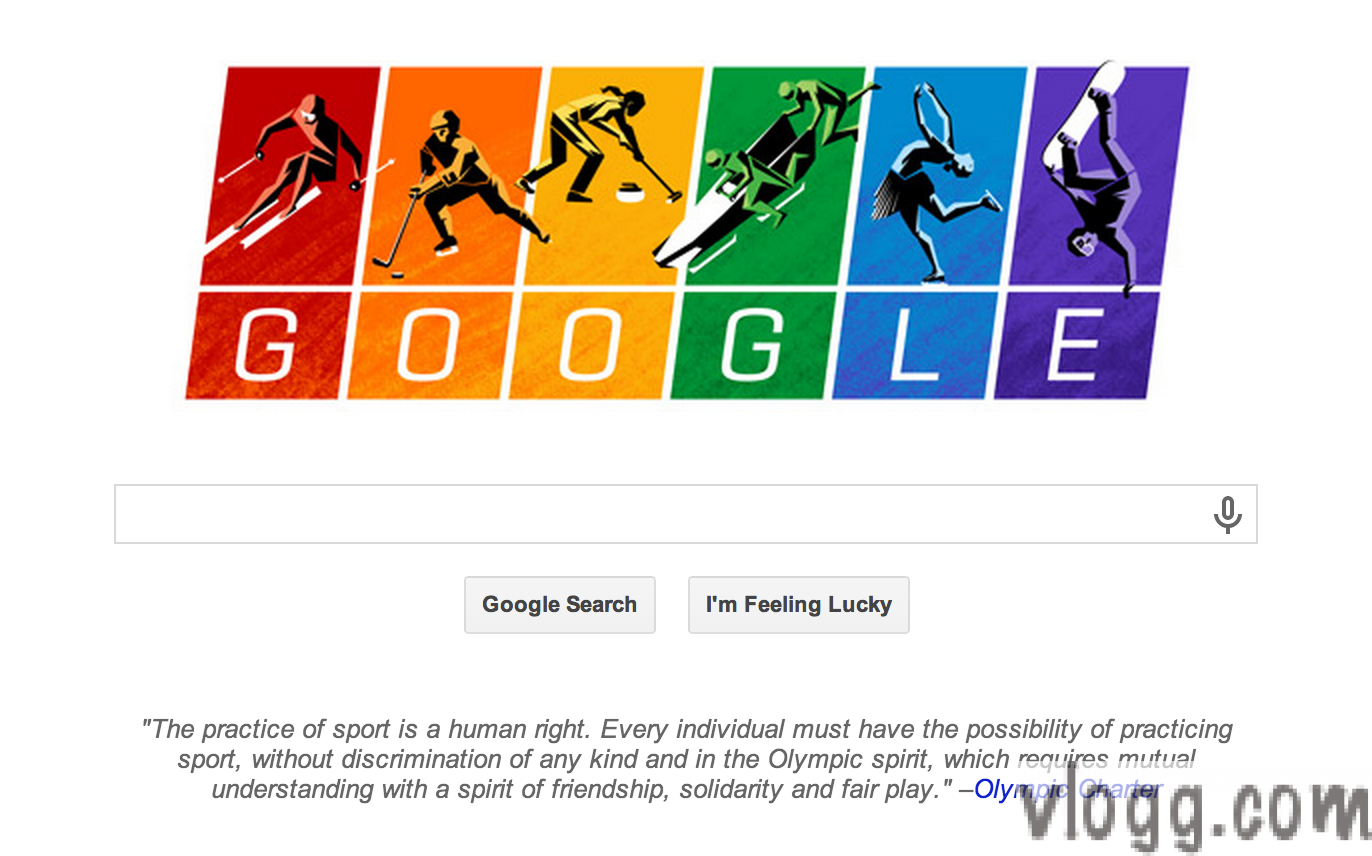 Google homepage reads a quote from Olympic Charter as follows…

The practice of sport is a human right. Every individual must have the possibility of practicing sport, without discrimination of any kind and in the Olympic spirit, which requires mutual understanding with a spirit of friendship, solidarity and fair play. –Olympic Charter

Want to know Olympic events time as it happens in local time? Just use search commands i.e olympics time and get results immediately in a nice card view.

Check out this olympics doodle by visiting Google home page at Google.com. Enjoy!