Are you a Google+ android mobile app user? We’ve got new update for you; Google+ mobile team has released new update 2.3.0.240337 just before the holidays.

Google+ android app has between 5 – 10 million users and has about 4.5 stars in the Android market. 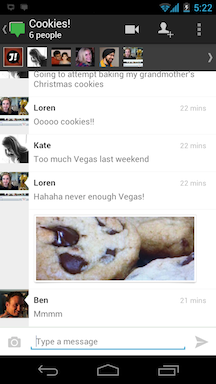 Get the latest Google+ app from the Android market or update from the market app if you have already installed.

Note: Some users on some devices are facing issues after the upgrade however we haven’t noticed any of the problems. It may be due to rooted and incompatible ROM’s. So, please check user reviews section and compare with your device before upgrading (just in case).