Are you a Google+ user and use iPhone (iOS) to access your Google+ account? Then you have some good news today. Google+ mobile team has released a new update with a handful of new features.

This awesome update includes some of the most wanted/requested features like photo uploads, search, +1 support besides many other bug fixes and enhancements. 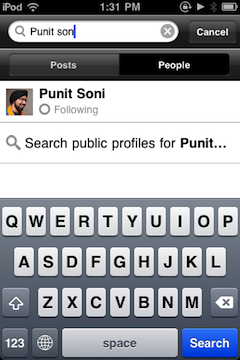 This new Google+ ios update is immediately available on the App Store.

Have a feedback for Google+ mobile team, click on the gear icon on the app home screen and choose the send feedback option.

What about Android? That’s going to be the next question from every android user including ourselves. We have an update from Punit Soni of Google that the android update is following real soon.