Hangouts is one of the most sought after and used feature in Google+. That said the feature set around it is growing rapidly. Recent addition of google docs inside hangouts is a great example. 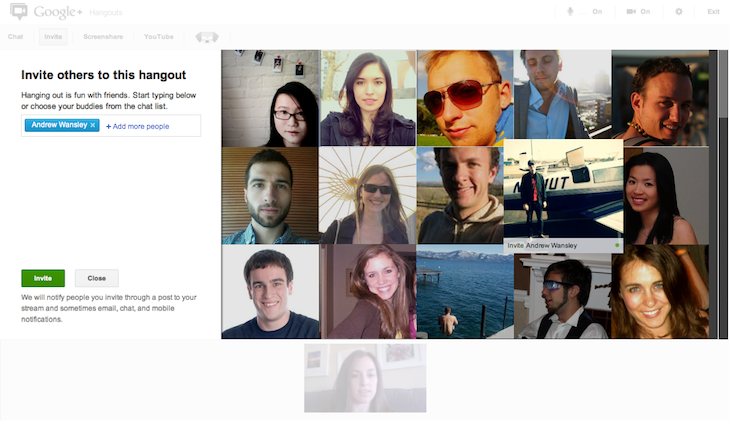 Now we have one more cool and useful feature. Earlier while you try to add people or circles to your hangout, you type +followed by their name and on selection you see their g+ link appear in the invite box. Now with this new change, the moment you enter the invite view, you’ll see your friends or people in circles (people have you in their circles) appear as thumbnails as outlined in the image above along with their online / offline status. Cool huh?

While inviting people to hangouts, it would make more sense to invite who are online, which in turn would help increase hangout participation than ever before, Enjoy!