Google+ released its updated and brand new look few days ago. The change was welcomed by the google+ community and was well received. We even ran a redesign poll and majority of users responded in favor of the redesign.

However the fluid layout redesign has caused some unhappiness among some google+ users due to the whitespace that appears in between the trending column on the left and the fixed chat column on the right. You wont see or experience whitespace unless you are using a high resolution screen or monitor.

So we digged into it to actually see what is the percentage of browser users with higher resolution monitors. It turns out that only around 12% of web users are with high resolution monitors which means majority of the google+ users wont even see the whitespace (won’t even know about it). Probably that is why google+ team might have gone with the decision. 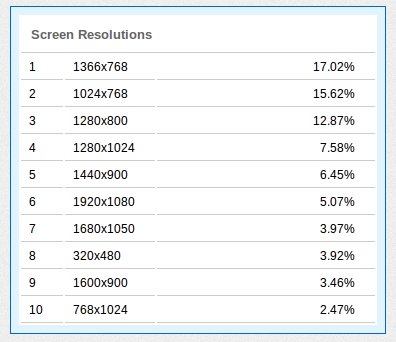 We talked to few users with high resolution monitors and they responded not too worried about the whitespace. But they mentioned it might take a while to get adjusted to the new design especially reading the stream from the left (it used to be centered before).

Some issues that require attention

These are just few of the issues we noticed as well as heard from users and may have missed something. Please share your thoughts through the comment section below.