Google+ recently replaced google talk on the web with an all new hangouts app inside Gmail, Google+ and also via a new chrome extension.

Google Talk on the Web supported making free phone calls within US and Canada (powered by Google Voice). But unfortunately hangouts app lacked this important feature which was a deal breaker for many and have to revert back to the old chat (in order to use phone calls).

Here is the good news. According to Google+ team, feature request to add phone call support was pouring in and now this cool feature is rolling out in coming days (to Google+ hangouts app on the web, Gmail and Chrome Extension). 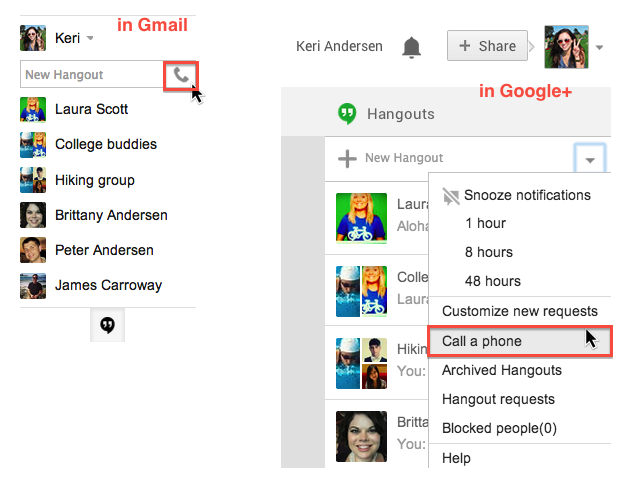 Here is what Alex Wiesen, Google Software Engineer has to say about this feature

we’ve heard loud and clear that you miss the ability to make calls from Gmail, so today, we’re happy to announce it’s back

Some points to note

This feature is rolling out in coming days, so if you don’t see a phone icon, please be patient, it’ll appear in couple of days.