Google+ as expected took the center stage in Google I/O 2013 developer conference today. During the keynote, Google has released a ton of new features across the Google+ platform.

One layout across all devices 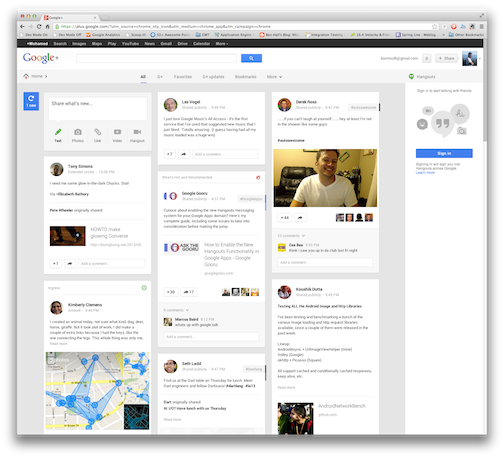 Starting today, you’ll enjoy single or multiple column layout (you can switch between these two choice) across all your devices right from mobile, tablet and desktop. It’s been rolled out since mid of the day today. 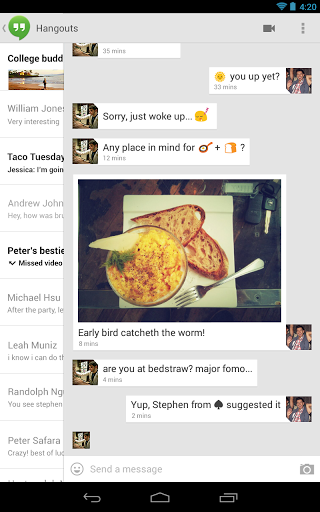 Play store today released a app called Google+ hangouts that unifies all types of communication into one single and sleek app. This app replaces talk app and allows to turn any conversation into a group video call (irrespective of device you or your friends in), write online or offline messages (they’ll see once they come online), use photos and emoji, etc., Just install and try it out, it is really cool.

This app is a God send for all the folks who spend a lot of time on hangouts. Now just with a click of  a button (similar to using a phone dialer to just dial a number) you can start and have a hangout conversation with any of your friends or circles.

All the powerful tools that professionals use to take a picture from good to amazing are now available and applied automatically on your photos. All you have to do is, just upload and Google algorithms take care of the rest. The outcome is amazing even without lifting a finger, spending time or spending hundreds of dollars on software like photoshop, etc.,

Enjoy and stay tuned for me!