Recently retired Hangouts with extras introduced this hangout via telephone feature and later this became one of a key feature in Google+ hangouts. 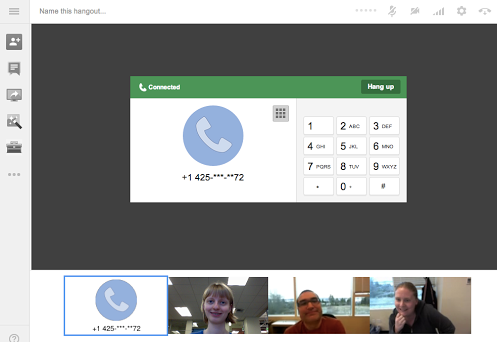 Hangout via telephone is a great feature especially when people are not near a desktop or in places where there is no internet at all (phone line is required).

Therefore just inviting 2 people via telephone was kind of limiting. Don’t worry, not anymore. Today onwards you can invite up to 5 participants via telephone and absolutely free (US and Canada only).