Rumors were running wild about the mysterious floating barge spotted in the San Francisco Bay Area and another one in Maine, Portland.

Some rumors suggested it was for the upcoming Google Glass Showroom while others said it is a floating data center preparing for some apocalypse and so on. Blah, Blah, Blah. 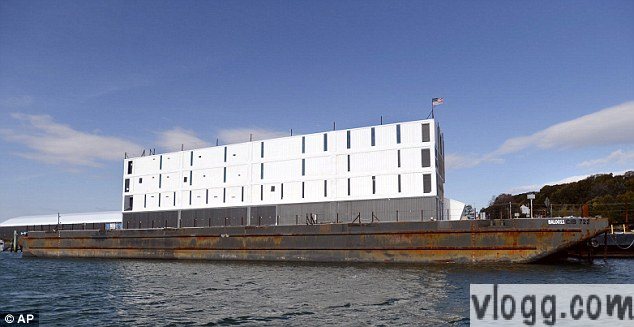 Thank God before the rumors getting too far, Google has officially confirmed that it is building these barges as an interactive space where everyone can learn about the new technologies that google is working on. Since this is still in early stages it could change.

With that in mind, my personal assumptions are: It may include Google Glass, Google Self Driving Cars, Phones, Chromebooks, How large-scale data centers operate, Loon for All (Providing internet access via balloons), Other unknown projects, etc..

Google Barge … A floating data center? A wild party boat? A barge housing the last remaining dinosaur? Sadly, none of the above. Although it’s still early days and things may change, we’re exploring using the barge as an interactive space where people can learn about new technology.

The general public would love to know and experience all the coolest innovations happening at one single place. Let’s wait for the official launch announcement for the Google Barge Interactive Space.