Google today released its Fourth Quarter Q4 Fiscal Year 2013 financial results and its stock GOOG has hit an all time high in today’s after hours trading.

At last check GOOG was trading at $1,182.10 i.e 4.11% higher when after hours trading was closed. At this after market price, Google’s market capital stands at a whopping $394 billions approximately.

This is the highest GOOG stock has ever hit since the company went public in August 2004. Refer to the following 10 years of Google finance image chart to see the performance of this stock. 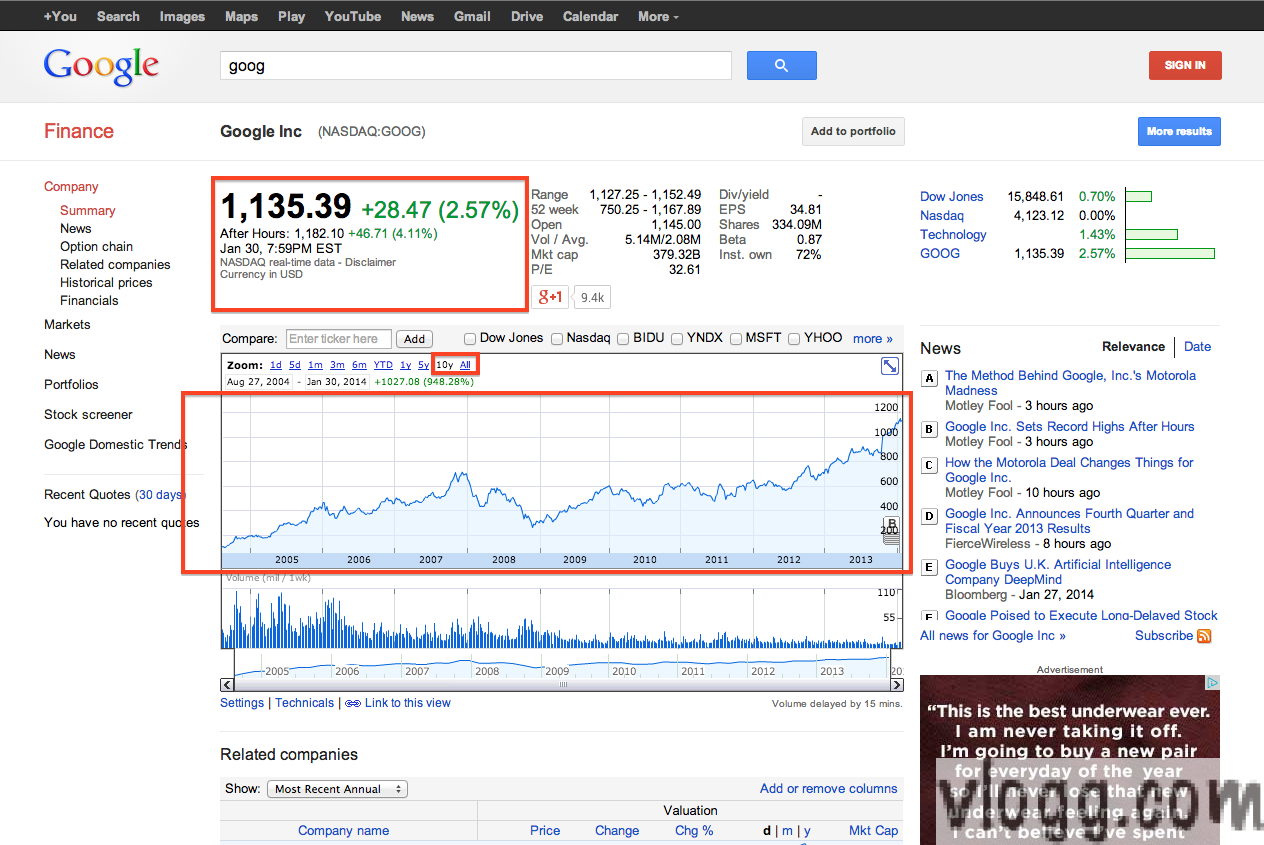 What do you think of GOOG stock? Do you think it will continue this streak? Please share your thoughts through Google+ comments below.