World body united nations is now using Google+ hangouts to connect and gather innovative and creative ideas from people around the world.

Technology, social revolution and thanks to the most popular Google+ hangouts feature which has helped united nations secretary general Mr. Ban Ki-moon to connect with youngsters around the world with the convenience of their living rooms or offices. 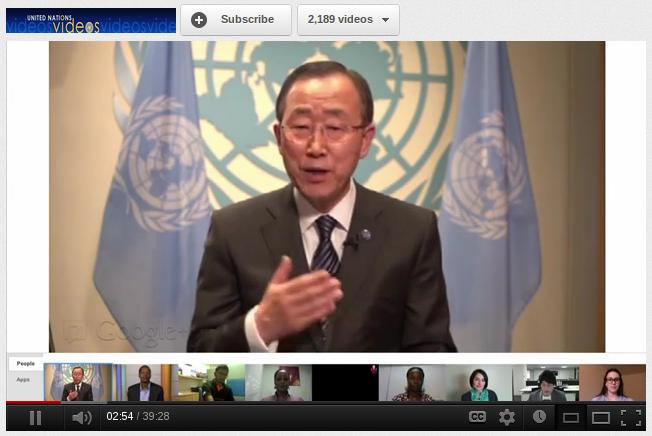 Youngsters from United states, South America, Africa and Asia participated and discussed world issues and possible solutions to common problems around the world.

This is one of a kind experience meeting United nations leader directly and asking questions.

Thanks to Google+ hangouts which made this possible and we’re pretty sure to see more in the future.