Since the release of Google+ social network, you might have noticed or even used the Send feedback button on the bottom left of the Google+ main stream page. Now that feedback tool has gone through a major upgrade and has been improved with better features.

Google+ has improved and grown by listening to users feedback right from the beginning. Send feedback tool has played a key role in gathering new ideas, thoughts, feedbacks and issues straight from G+ users.

Prior to this change, feedback tool was a very simple basic form. Now it has been improved to a wizard interface with each step being detailed with what’s being collected, a screenshot and a quick preview of what’s being sent before providing the option to submit it to Google. A great improvement in collecting feedback. 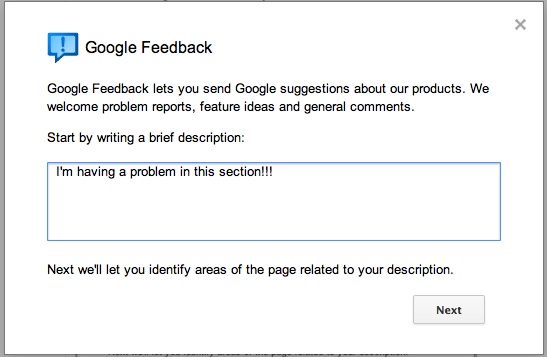 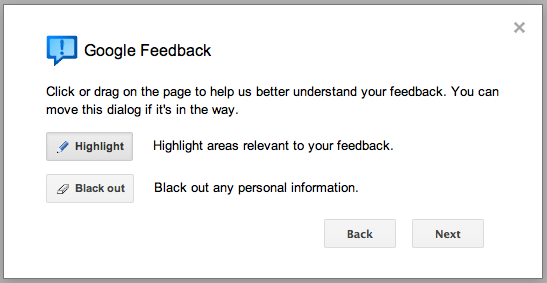 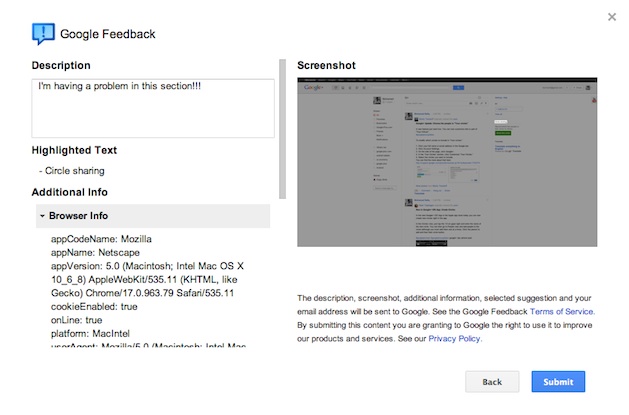 Having a issue with Google+ or have an idea that could improve Google+? Just click on the Send feedback button and share with the Google+ team.