To our’s and many others surprise, Google+ has way ahead reached that mark with still a month to go.

Congrats Google+! You did it and deserve it!! (Sorry Ghost Town fans)

As of Dec 2012, here are the latest statistics (official statistics) 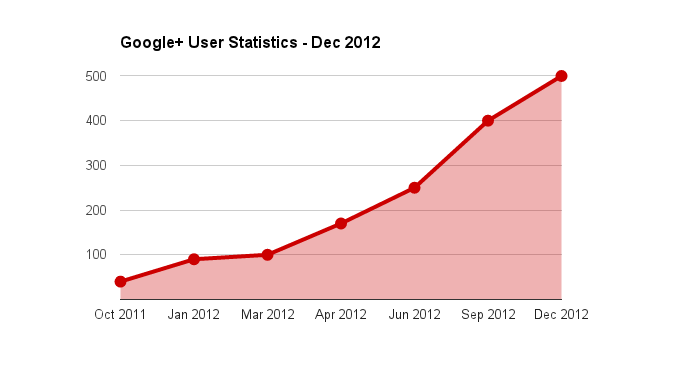 For a network of this young (with just 17 months since launched as beta in June 2011) this is a remarkable achievement. We wish more success in months and years to come.