Coincidently today was the starting day of Google’s popular developer conference Google I/O 2012. And as expected they celebrated the success of Google+ by announcing the official statistics for the network. 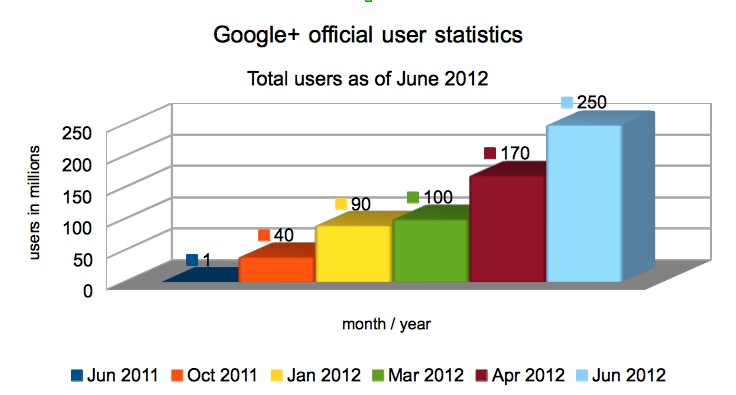 The network is growing significantly faster than expected making history as the fastest growing social network of all times. With this current pace it is more likely to hit the projected unofficial target of 400 million users by end of year 2012.

We take this opportunity to congratulate the Google+ team for their outstanding work in delivering a innovative and quality product that is now part of our day to day life. Great job guys!!