Ron Garan is a space astronaut who recently returned after spending 5 1/2 months on board the International Space Station (ISS). He was among one of the earlier adopters to use Google+ (right from space) and one of the popular users on network with over 2.8 million followers.

After the Newtown, Connecticut school shooting (where 27 innocent people lost their lives including 20 of them were children), Ron Garan wants to share his thoughts and prayers by offering a perspective of the beauty of earth from space (refer image below) and the unfortunate reality on our planet. 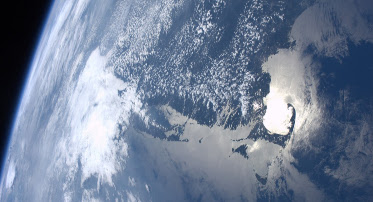 When we look at Earth from space, we are faced with a sobering contradiction. On the one hand is the beauty of our planet, on the other is the unfortunate reality of life on our planet for many of her inhabitants. Our prayers are with the victims + families in CT #LoveConquersAll

Our prayers are with the victims and the families who lost their loved ones.