Who wants to be a millionaire is a popular show in the US, UK and many other countries around the world. Wondering what it has to do with Google+?

Well in one of the episodes, Google+ made its debut as a Question about its most popular feature Hangouts (free group video chat). 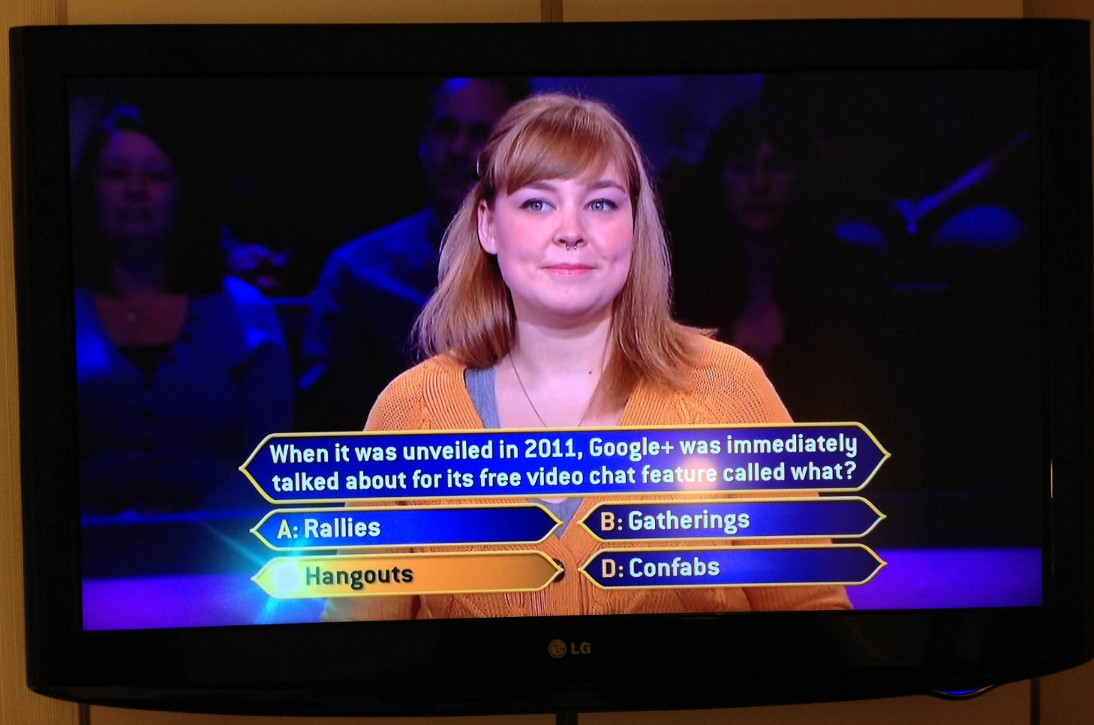 Google+ hangouts question in who wants to be millionaire show

Here was the question and the 4 possible choices:-

When it was unveiled in 2011, Google+ was immediately talked about for its free video chat feature called what?

One more proof that Google+ and its unique feature like hangouts has become part of everyone’s day to day life.

Thanks to +Loren Groves of Google of sharing this picture.