Google+ mobile app is now the fourth most popular application used by a billion smartphone users around the world just trailing behind Google Maps, Facebook and YouTube app respectively.

GlobalWebIndex a leader in online and mobile research, just released The App World report, a infographic of leading 17 mobile applications used by over 969.49 million smartphone users. According to this report Google Maps tops the list with 54% usage while Google+ mobile app came fourth with 30%, a remarkable achievement in just 1.5 years since release. 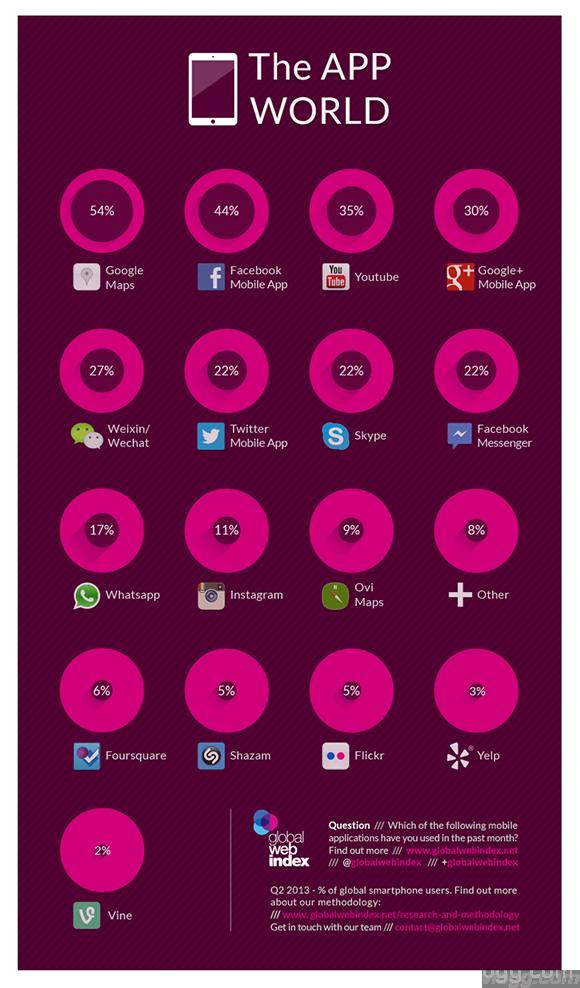 Google is known for its dominance in the Web and now with this report, Google has extended its dominance into the mobile market. All the investment, big push in mobile strategy and improved user experience is paying off for Google.

What do you think? Please share your thoughts comments below.