Google+ history a.k.a moments is the latest buzz in the G+ world. This is something like that of facebook timeline but done the Google+ way (Not just limited to G+ instead share your moments from around the web).

This feature along with a history api was just announced in the Google I/O 2012 developer conference and available ONLY for the platform developers in as a developer preview. 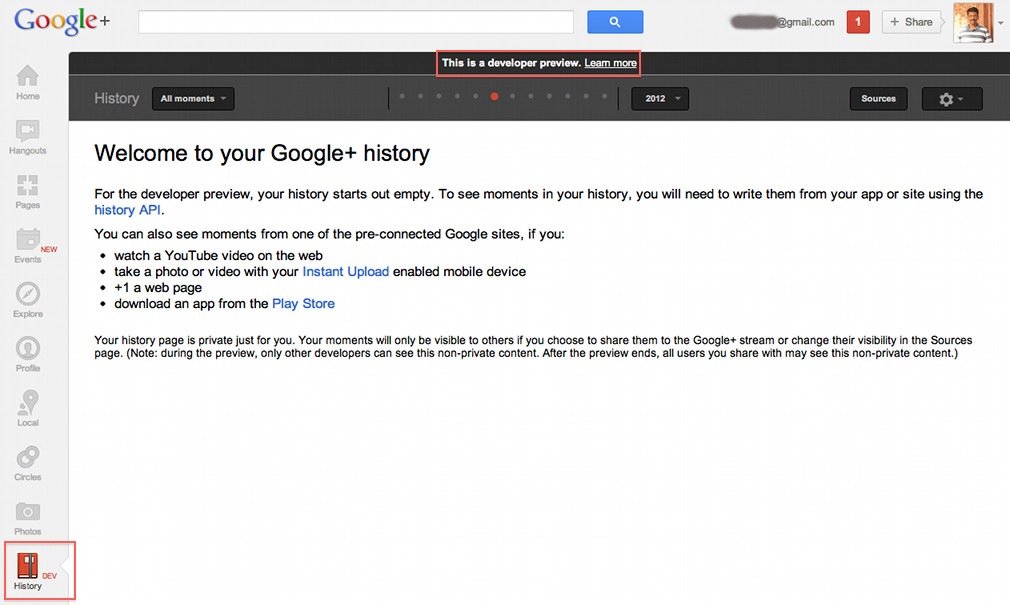 Here is what google+ history according to them

Google+ history is a collection of moments that describe activities the user has engaged across the web and applications. You can use the Google+ history API to write to a user’s Google+ history and they can share the important moments in their life with their circles.

This is the first time developers allowed to write to Google+ through an API (rest of the google+ api‘s just allow to read activity from the network).

Interested in developing applications for the google+ platform? then you should signup for the preview account and checkout the new api.