Google+ games didn’t go well as expected and was under the chopping block for quite some time. And really sad to say that day has finally arrived.

On May 15th 2013 during the 6th Annual Google I/O 2013 developer conference, Google announced the availability of new Google Play Game Services and the retirement of Google+ games (All games under plus.google.com) as of Jun 30th 2013 (as part of a spring cleaning effort). 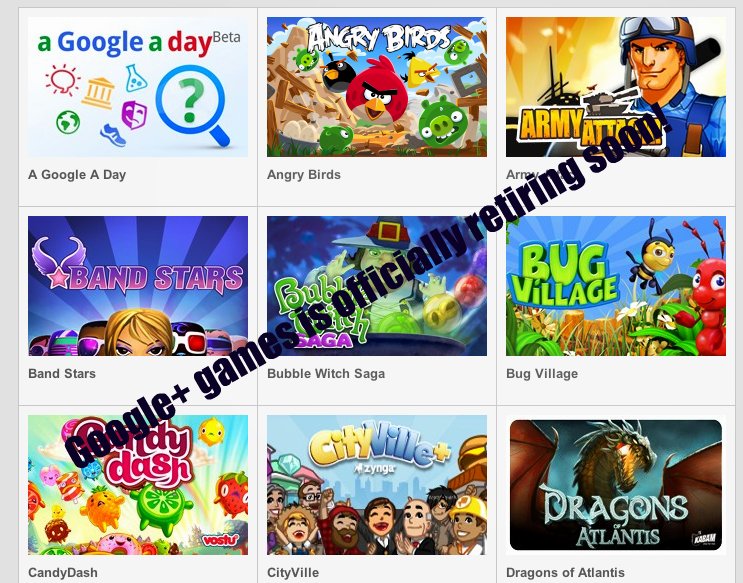 For a quick recap, Games on Google+ was launched on August 2011 and survived over the last two years. Almost every other feature released on Google+ was a success however games never got the traction that Google hoped for.

We ran a poll (below) and found majority of users didn’t show any interest in Google+ games.

Here is the official announcement about the retirement of the games and launch of Google play game services.

If you were playing some of the games please check with their providers/developers for a alternate site where you may be able to continue playing these games.