Critics say Google+ (also known as G+) is a ghost town. But the reality and latest statistics say a totally different story. All recent statistics state that G+ network is a leading contender in the social arena and not an underdog anymore.

According to the latest report released yesterday by ACSI (American customer satisfaction index), G+ skyrockets to the #1 spot in customer satisfaction (done by a independent organization) with a whopping score of 78 unseating majority of the previous leaders in social media category including facebook, twitter, linkedin, pinterest, myspace, etc., 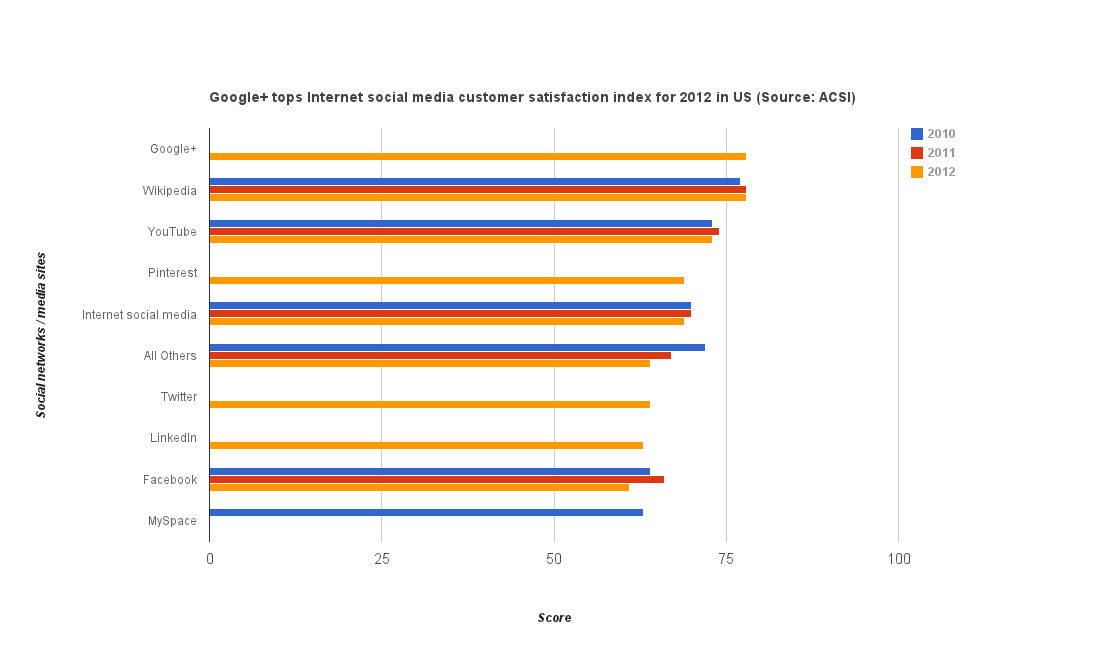 We think it’s time to end the ghost town talk (by critics) and get serious about G+. All these statistics tell a simple story: People love G+ and that’s all it matters.